When on stage, the eleven (11) piece band will delight the audience by projecting the musical energy of its members, who are ready to ignite and excite your next event or activity.

“Orquesta K’che” is ready and looking forward in sharing its music and excitement and continue to make the public dance to their music!!!! Early on, we realized that all of the local Latin bands were playing only Salsa, so “K’che” decided to mix it up; the band's strategy for building their own niche in the salsa scene is twofold. First and foremost: they aim to be an all-purpose dance band. That means playing Cumbia, Merengue, Bolero, and Latin Jazz as well as Hot Salsa, rather than specializing in one genre. Second: by selecting classic charts to cover that no other band in the area is doing, along with some original charts, they bring variety to the scene.

The countries of origin represented in K’che include USA, Venezuela, Cuba, and Puerto Rico.

Playing classy, disciplined arrangements, not aimless “descargas”, with tasteful soloing but no overplaying, K'che isn't trying to reinvent the wheel; but it is trying to build a smoother ride. So far, so good; you have to like its professional approach and elbow grease… K'che has arrived. Expect this band to continue invigorating the local Latin dance scene.

We would welcome the opportunity to discuss the possibility of performing at any activity that you may be planning, in which you would like to have the energy of a LIVE LATIN DANCE BAND. 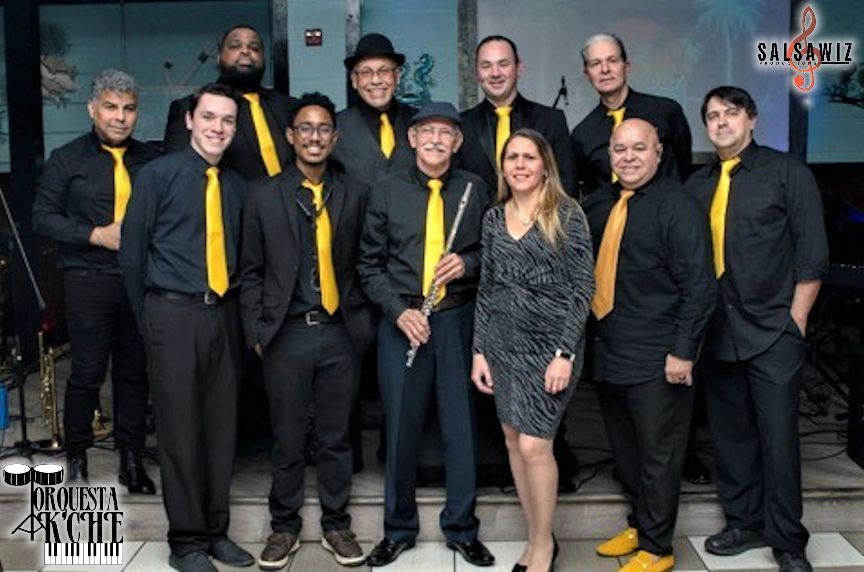